The dark knight is one of my favorite films, obviously. The joker impression is something many people have strived for, with only a handful doing it properly. Heath Ledger’s joker is a massively-iconic character, due to Heath’s perfect execution of the role.

Heath Ledger is one of my favorite actors and has been for years. The first film I saw him in was A Knights Tale…a truly awesome film. Whether you are a fan of Heath’s or not, you will love this film. It has everything from well-written and timed comedy to a fantastic story line.

The joker impression of Heath Ledger, for me, is something that happened by accident. Long story short, I worked up the courage to post a video, waiting for ridicule from viewers. Comic book fans are severe in their art and I was thinking it would be a matter of days before I took it down. I dreaded uploading my first video.

As it turns out, many people loved it and I got better at it. A couple videos later showed really nice comments from people so I started the YouTube channel as a tribute to Heath Ledger, THE JOKER BOX on YouTube. It’s a lot of fun as you can imagine. It would be really nice to have a small crew to help out but at the moment, it is just me. 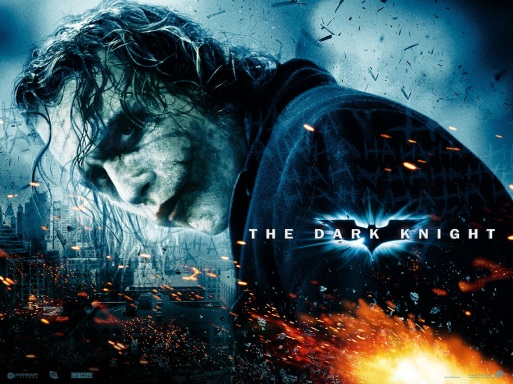 If you’re interested in doing the Joker impression, check out my videos on the YouTube channel and watch the Dark Knight over and over. Study how Heath talks and how he “hits the notes.” Voice impressions are like singing. You need to match the same notes and fluctuations. It’s practice and it’s a lot of fun when you get it right.

The Joker has always been one of my favorite villains.

Many have demanded I become the next Joker in another film. That praise is awesome to hear and makes me want to continue The Joker Box channel. I’m happy you’re happy and entertained. I know I can always do better with the impression. Being the Joker in a film would be so much fun, as I have been an audio engineer, photographer and video editor for 25 years each. I love working in production. So, Christopher Nolan, if you’re thinking of doing another film with the joker, I’m interested. It would be so much fun.

Here’s a recent video I made of the Joker impression. Hope you like it.

I use pro makeup by MEHRON